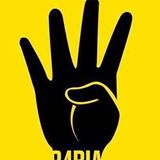 The company said it’s opening preorders today, starting at $679 for the consumer version and $729 for the business-focused incarnation.

Microsoft said the Surface Go with LTE Advanced is expected to officially go on sale in the U.S. and Canada November 20, followed by 21 additional markets on November 22.

Microsoft launched its first Surface back in 2012, and a number of Surface-branded devices have gone to market since, including the Surface Book and Surface Laptop.

The Surface lineup is now a major part of Microsoft’s business, and the company is among the top 5 PC vendors in the U.S.

Against this backdrop, Microsoft unveiled the more demure 10-inch Surface Go back in July, with units shipping a month later.