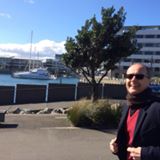 Actor and director Penny Marshall, best known for her role as Laverne in the '70s TV sitcom Laverne & Shirley and for directing blockbusters such as 1992's A League of Their Own, died on Monday at the age of 75.

In addition to the Happy Days spinoff show Laverne & Shirley, Marshall acted as a guest star in numerous TV shows such as '70s comedy series The Odd Couple.

Marshall was also the first guest star on The Simpsons in the role of Ms. Botz, aka The Babysitter Bandit in the 1990 episode "Some Enchanted Evening" during the show's first season on Fox.

With Big, Marshall became the first female director to helm a movie that grossed over $100 million.

Marshall's brother Garry Marshall (who died in 2016) was also a well-known director and screenwriter.