My PS4 Life yields some interesting stats about gamers 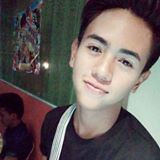 It’s that time of year again and social networks are stepping up to offer convenient tools for users to recap their year in sometimes dramatic video clips.

Out of the blue, Sony launched a My PS4 Life site that recaps not just gamers’ 2018 game time but also all the way up to the console’s launch years ago.

But in its intent to show how much impact the PS4 has had on gamers’ lives, it may have accidentally revealed numbers that game developers and publishers try to keep under wraps: player numbers.

My PS4 Life is simple enough and mirrors other auto-generated “memories” videos out there, especially those on Facebook.

You enter your PSN ID and the site creates the video for you right then and there.

The numbers included in the video could be eye-opening for gamers.