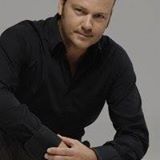 For years now, the competitors in the game console space have been pretty well defined.

Since Sega’s exit from the console business in the early 2000s, Nintendo, Sony, and Microsoft have been the three major companies competing for market share.

It may not be much longer until a new company enters the ring, though, as Project Cars developer Slightly Mad Studios has announced that it’s working on a new console.

Not just any console, either, but as Slightly Mad Studios CEO Ian Bell explains it, “the most powerful console ever made.” The console is called the Mad Box, and it was revealed in a series of tweets to Bell’s freshly-created Twitter account yesterday.

In fact, the first tweet Bell published after creating this account says simply, “The Mad Box is coming.” In an interview with Variety, Bell later elaborated on what he means when he says that the Mad Box will be the most powerful console of all time.

“It will support most major VR headsets and those upcoming and the specs will be equivalent to a ‘very fast PC 2 years from now’,” Bell said, noting that Slightly Mad is still in early talks with component manufacturers so specifications aren’t hammered out yet.