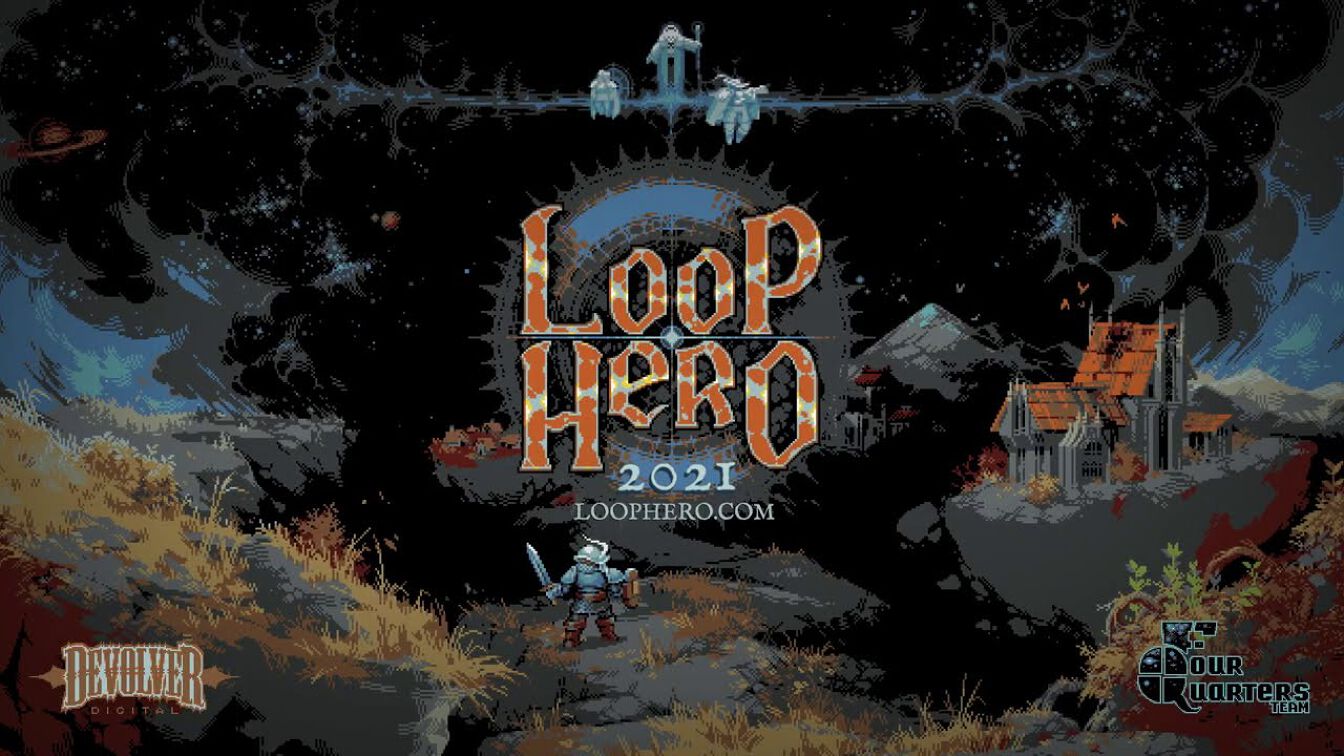 Developed by Four Quarters and published by Devolver Digital, Loop Hero is a fascinating example of a possible unique game genre where the developers boldly blend genres and mechanics. Set against the backdrop of nihilism and hope at the end of a destroyed world, Loop Hero does it really well, especially if players want to challenge their brains in a different way. Not much has changed since Loop Hero's early access, and the core mechanics remain fun, but it's clear the full version has added a ton of polish that makes Loop Hero even better.

Loop Hero Many Strategies That Can Go Any Way

Our character wanders on a path of his own accord, fighting monsters that appear on the road at the beginning of each game day. Enemies drop items and more importantly cards. Cards can be placed on the map to add power-ups and debuffs, produce new enemies and treasure chests, add healing, and make other map-wide changes. These cards are drawn from a deck that players can rebuild at their base, so there's a lot of strategy waiting for you to delve into every aspect of Loop Hero.

Other newer rogue-like games like Rogue Heroes: Ruins of Thasos may suffer from bugs, but Loop Hero has managed a number of mechanics without any apparent glitches, leaving players free to plan and play their content. Building a village to support each journey is also satisfyingly deep, providing a good sense of progression, even if the base game relies on navigating endless roads.

A Story Set in a Torn World

Story-wise, Loop Hero follows the adventures of a lost hero in a shattered world. After a Lich and some forces have already defeated the forces of good and destroyed everything, the hero, who gets involved in the events, wanders through an endless loop and tries to rebuild the world he knows one piece at a time. Along the way are other characters, friendly and unfriendly, who discuss the nature of rebuilding a world that is both good and bad. It's not the deepest story I've ever seen, but it's engaging enough to make it fun to look forward to new encounters.

Aesthetically, Loop Hero manages to evoke nostalgia with its pixel art, creating a feel akin to the best NES Castlevania games. The changing look of the loop as more cards are played is quite satisfying, the simple graphics of heroes and enemies are instantly recognizable on the map, and close-up portraits of characters are perfectly detailed.

The music and sound effects are also quite nice, there is music that completes the cycle, which is soft but still energetic. Overall, Loop Hero's aesthetic goes a long way toward getting a feel for the core gameplay loop. The hero feels like he's wandering through the blown wasteland of a shattered world.

Loop Hero is truly a one-of-a-kind game. Mixing erratic elements with home base building and auto-combat feels like a useless combination, but Loop Hero brings it out with great style. It may not be for everyone, but I think the base game is fun. It forces you to make important decisions and forces players play again and again for more. If you are a fan of the Rogue-Like genre, a unique game awaits you. It is a production that we recommend to those who love the genre and not to those who are just starting out. If you'd like to check out another pixel art game, you can check out our Cyber ​​Shadow Review.

JixPlay
Related Articles
WHO TO FOLLOW
MORE FROM AUTHOR