Canonical Plugins! What, Why, When, How, and Where. All You Need to Know! 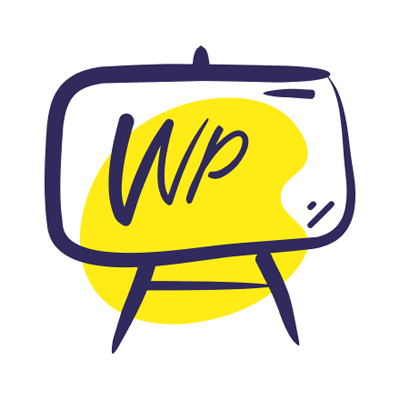 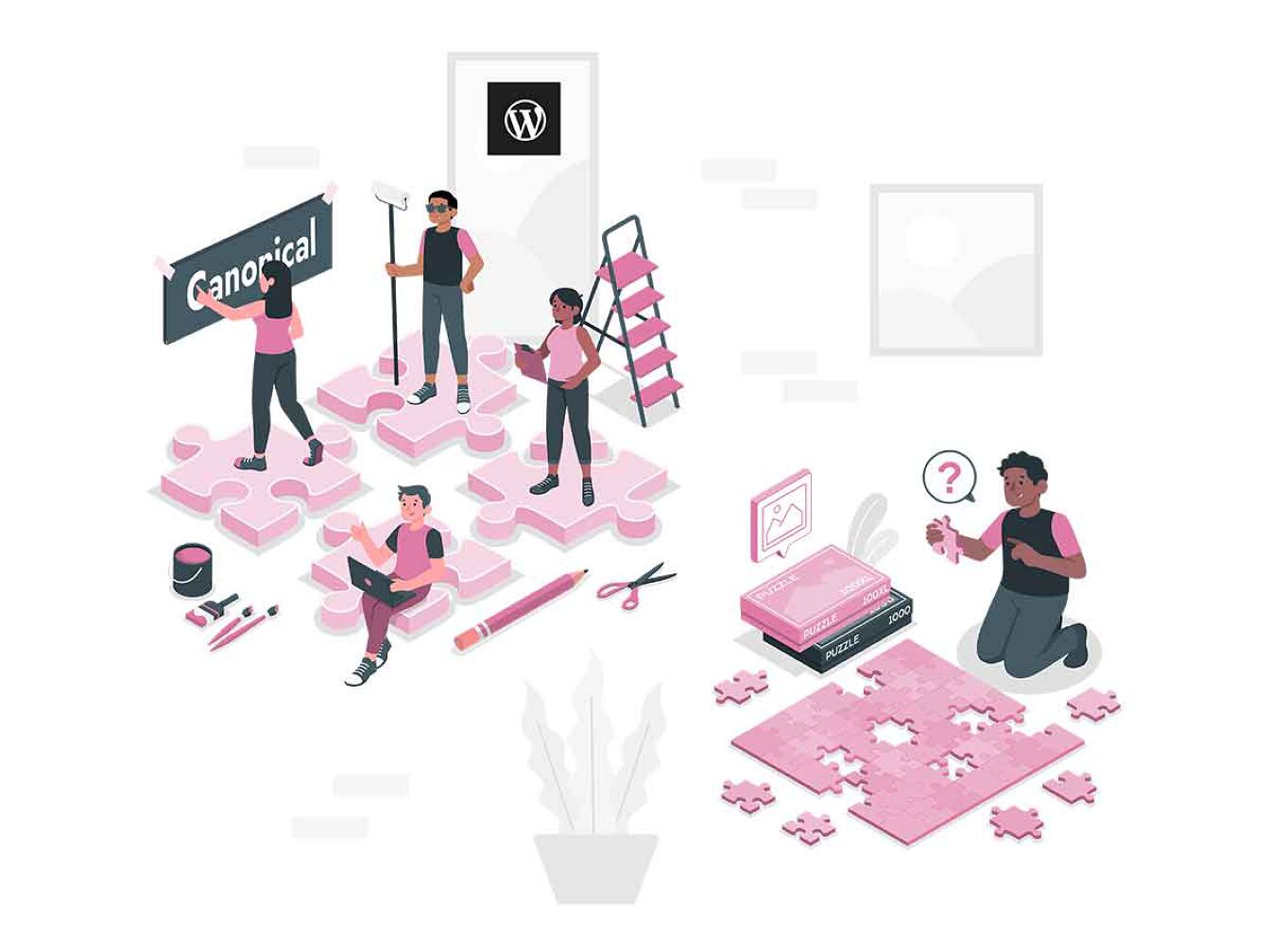 Have you read the latest post of Matt Mullenweg? Yes, one of the founding developers of WordPress. Today, he came out with an interesting post, revisiting what was once coined ‘Canonical Plugins’.

Canonical Plugins are community-developed plugins developed by multiple developers, built to address the most popular and in-demand features and functionalities. These plugins would be GPL (General Public License), available in the WP.org repo, and would be designed and developed in close association with WordPress Core.

Well, the most interesting part about this whole thing is that the first revelation of canonical plugins surfaced in 2009, in a post by Matt himself. And the mystical concept and idea has resurfaced again, 13 years later!

Canonical Plugins…, Why in the First Place?

Well, the WP.org repo houses countless plugins (not really, as of 14th, September 2022, there are around 60,000 plugins…. Yeah just that much 😢). Jokes apart, the whole thing behind these many plugins is that they are developed and controlled by a single developer or company. So, the direction, upgrades, and feature addition of these plugins depend upon the respective owners.

Thus, many features and functionalities are a miss in the free version and readily available in the paid version. This led to a divide and now plugin owners can decide who gets full access to their plugins and who doesn’t.

Why is Matt Addressing This?

Because WordPress is more like an ecosystem thriving on collective and collaborative efforts of its people with varied interests. But, they come together and create something that now commands 43% of the world’s websites. And all of this is for free, and explicitly open to everyone who wants it.

Matt believes that the WordPress community has greatly benefitted from successful canonical plugins. Yes, they have a long history, and some of the most successful ones are MP6, Gutenberg, and REST API. To add to Matt’s views, the community-developed plugins, called canonical, have greatly improved and changed the WordPress software we know today.

Also, it will be these canonical plugins that will become the official first choice in recommendations by core and WP.org for areas that are Core niche but can be addressed via specialized plugins!

We are reaching a point where the core needs to be more editorial and say “no” to features coming in as ad hoc as they sometimes do, and my hope is that more Make teams use this as an opportunity to influence the future of WordPress through a plugin-first approach that gives them the luxury of faster development and release cycles (instead of three times per year), less review overhead, and path to come into core if the plugin becomes a runaway success. I am very conscious that when people are aiming to have something in the core, a “no” or “not now” can be frustrating and sometimes create artificial pressure to put something in before it’s ready, as I believe happened with the REST API in WP 4.4.

Matt has come up with Canonical plugin ideas for each Make team. Let’s look at them and understand what he has planned for WP.org and its future.

This is not meant to be an exhaustive list, and I’m sure the teams themselves could come up with much better ideas and options, but I hope it sparks discussion at contributor day and beyond on how we can utilize plugins better to increase the speed of evolution for WordPress, keep core light, fast, and opinionated, and do so while saying “yes” to more ideas and experimentation

How is the WordPress Community Responding?

Canonical plugins sound great, but is it a disaster in disguise or a boon waiting to be uncovered?

The community has taken varied stances towards this post and has shared their opinion on the same. I’ll share some below:

A simplified admin specifically targeted for accessibility would be a potential civil rights violation per Brown v. the Board of Education; offering a separate experience with the idea that it is the mechanism for a specific group of users is a serious problem. There is room for having user experience paths that are simplified, but that wouldn’t in any way change our needs for the main WordPress admin. Maintaining separate systems with feature parity is not feasible.

WP just needs to get over it’s aversion to optional features. Features that can be enabled/disabled. “Decisions not options” is a great ethos when it’s about keeping things simple for users but it seems to have been thrown out the window with Gutenberg UX, and turned into axiom when discussing adding trivially simple options to the settings page.

Things that out to be features, or canonical plugins, that can be enabled or disabled

– Notification Center (maybe this should just be core)

I will say I don’t think we need more admin themes. The problem with the admin is the chaotic UX once plugins are added not the design. There are no standards enforced and hence we get cluttered chaos.

For too many basic options the answer for far too long has been “there is a plugin for that”. Heck folks suggested the answer to the WebP concerns was a plugin to disable WebP generation instead of an single checkbox on media settings.

Disable Comments is a great example where a simple option in core would avoid a giant garbage heap of needless options added by a plugin, but there are dozen more examples.

Will Canonical Plugins Make a Difference?

According to Matt, the relation between Core and Canonical Plugins would be very strong. And it is this connection that would ensure:

Matt also plans to have a screen within the Plugins section of the WordPress admin to feature these canonical plugins as a kind of Editor’s Choice or Verified guarantee. These plugins would be a true extension of core WordPress in terms of compatibility, security, and support.

To have a system like this, each canonical plugin’s development community would probably need a similar infrastructure to WordPress itself, including things like Trac, mailing lists, support forums, etc.

My Thoughts (Because, why not?)

Well, firstly I believe it’s a good idea, so kudos to Matt for that. But I feel this would’ve panned out a much better way and direction, had it been implemented the first time canonical plugins were coined and introduced.

13 years later, the WordPress software and community have progressed greatly and have taken a very different stance and shape. Bringing such monumental changes just might harm the community’s sentiments, as it directly clashed with the business interests of many developers, teams, and companies.

Yes, honestly we have to consider the fact that we are WordPress solution providers, and as options shrink, it just might make people opt out of WordPress. Also, as canonical plugins come in, it would require more teams to work, thus, taking more resources to develop a feature/functionality instead of the core software itself.

These are just some of the thoughts that are running on top of my mind, I’ll give a detailed opinion once I get more updates and directions about Matt’s take and decisions on canonical plugins.

But, as this is just a healthy discussion, it will be some time to see what shape this takes and where it heads off to. Till then, this is your host, signing off (to search for the next article topic 🚀). Subscribe to our newsletter, as interesting articles are right across the street. Take care, friend!