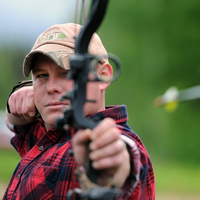 An up-to-date research report has been disclosed by FactMR highlighting the titled “Alpha Olefin Sulfonates (AOS) Market Indicates Notable CAGR growth at (2.4%) until 2027” which delivers an outlook of current market value as well as the expected forecast including Rate on Investment (ROI) together with growing CAGR of 2.4% during 2017-2027. The report studies the Alpha Olefin Sulfonates (AOS) Market worldwide, especially in North America, Europe, Southeast Asia, India and Other Regions with production, size, growth, revenue, consumption, import and export in these regions.

To Get Sample Copy of Current Report, Visit here - https://www.factmr.com/connectus/sample?flag=S&rep_id=591

While manufacturers in the alpha olefin sulfonates market are concentrating their efforts on minimizing the cost of production, stringent standards and environmental regulations imposed are influencing competitive pricing.

The European Union has adopted REACH regulations, which stands for Registration, Evaluation, Authorization and Restriction of Chemicals, to mitigate negative impacts of chemical products on the human health and the environment. All the chemical manufacturers, importers, distributors, downstream users, as well as alpha olefin sulfonates market players have to comply with REACH regulations to carry out operations in the European Economic Area (EEA).

In addition, the United States Environment Protection Agency (EPA) has imposed labeling regulations for chemical products manufactured or marketed in the U.S., under its Safer Choice Program. Though participating in this program is not mandatory for alpha olefin sulfonates manufacturers, consumers in the U.S. prefer to purchase products that meet these standards.

A majority of personal care product manufacturing companies are aiming to mitigate the environmental impacts of their manufacturing processes as consumers are becoming highly conscious about the carbon footprint of the products they use. While alpha olefin sulfonates exhibit a combination of good emulsification properties and foaming properties, these are also readily biodegradable, which boosts their applications in manufacturing eco-friendly surfactants, thereby, complementing growth of the alpha olefin sulfonates market.

Consumers are becoming conscious about ingredients in personal care products by the virtue of rising awareness about the negative effects of chemicals on the skin. A majority of government organizations, including the Government of Canada, have declared that alpha olefin sulfonates are free from carcinogens, which further provides a fillip to the alpha olefin sulfonates market growth.

Apart from the performance characteristics of alpha olefin sulfonates, such as foaming properties and mildness to the skin, its biodegradability boosts its use as an alternative to linear alkylbenzene sulfonates in a variety of personal care products. The rise in its adoption as an environment-friendly alternative to harmful ingredients is expected to complement growth of the alpha olefin sulfonates market.

Despite the growing preference for alpha olefin sulfonates in a wide range of industrial applications, its volatile prices are creating a hindrance in its adoption in some applications. Alpha olefin sulfonates are ethylene based surfactants, which are derived from petrochemical compounds. On account of this, they are prone to constant fluctuations in supply, affecting its price structure.

Steve Blade
Related Articles
WHO TO FOLLOW
MORE FROM AUTHOR