Html vs Xml: A brief difference between both Html and Xml 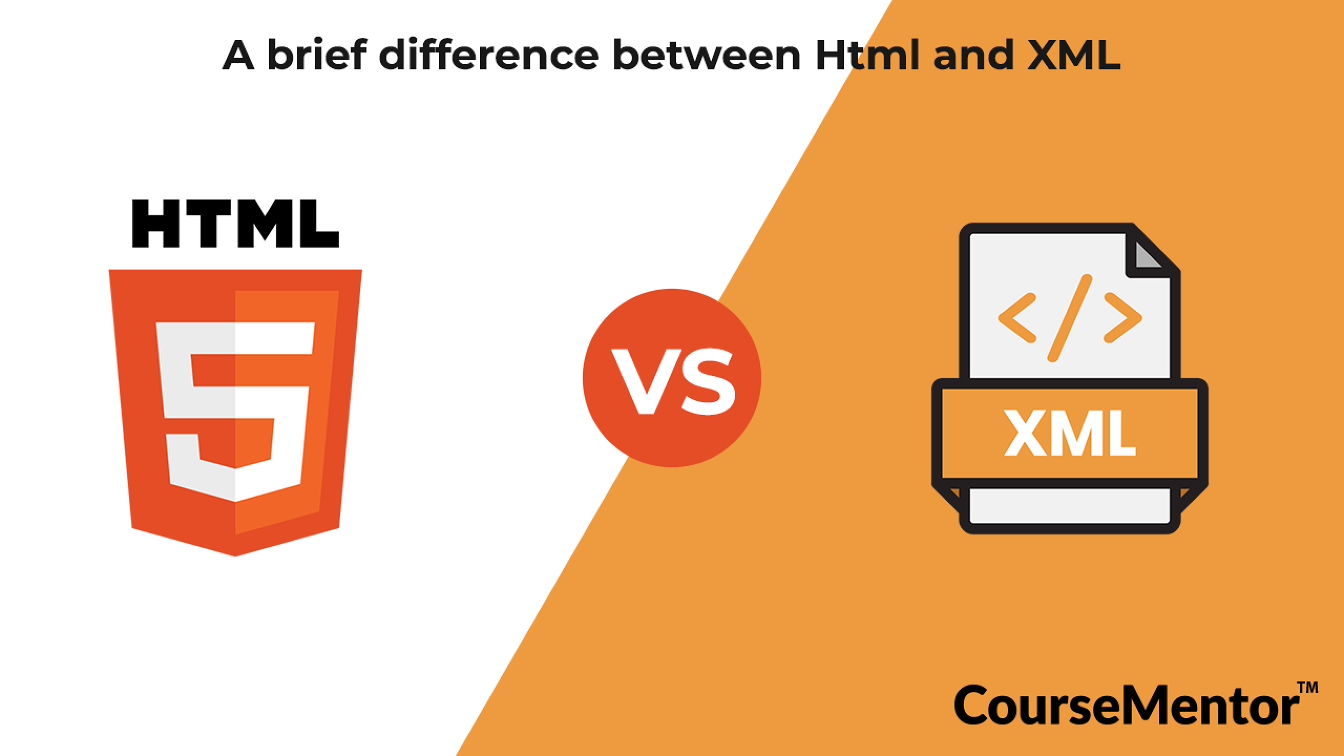 All the pages displayed on a web browser (Google Chrome, Internet Explorer, Mozilla Firefox, Safari, etc. ) are coded using HTML or XML. They are programming languages used to create various web pages. They both have different features and Styles. In this blog, you will get to know all about Html and Xml, HTML VS XML and their uses.

Let's start with a markup language

A markup language is a computer language that uses various tags to define elements within a document. It contains simple words rather than typical programming syntax.

There are lots of markup language that people uses around the world, for example:

The full form of HTML is HyperText Markup Language. It was invented by TIM_BERNERS LEE later in the 1980s. Html is the primary and the most commonly used language worldwide to design web pages and websites. When you start designing web pages, probably Html is the first language to interact with. Html defines the way that text, images, and videos are displayed in web browsers. It is used to create or design web pages or the purpose of Html to display data and focus on how it looks. It describes the structure of a web page and consists of a series of elements, and these elements tell the browsers how to display the content.

An Html element is defined by start tag, some content, and by end tag. Example :

A Basic Example of an Html document.

The tags are the words between <angle bracket> and separate standard text from Html code. They are not displayed on the web pages but affect the appearance data on the web pages. Various types of tags perform different functions.

The Latest version of Html is  HTML 5

The full form of XML is an Extensible markup language. This language is created by W3C, which stands for World Wide Web Consortium. XML markup language, much like HTML. This was designed to store, transport data, and also for self-descriptive. It facilitates encoding documents, defined by some set of rules in a format that humans, as well as machines, can read. Xml enables the creation of web pages and web applications and is a dynamic language that transports data. Xml plays a vital role in many different IT systems. It is important to have a good basic understanding of XML for the types of software developers. It is often used for distributing data over the internet. It is used for representing arbitrary data structure over the internet. XML also makes it easier to upgrade or expand to a new operating system, new application, or new browsers without losing data.

Some important characteristics of xml

As we know, programming language consists of some grammar rules, and it has its own vocabulary, which we generally used to create various computer programs and applications. All These programs instruct the system to perform specific tasks. XML does not qualify to be a programming language because it doesn't perform any computation or algorithms. XML is generally stored in a simple text file and is processed by using some special software that is capable of interpreting XML.

HTML and XML both are related to each other. On one side, HTML displays data and describes the structure of a webpage, whereas XML stores and transfers data. HTML is a simple predefined language, while XML is a standard language that defines other languages.

course mentor
Related Articles
WHO TO FOLLOW
MORE FROM AUTHOR