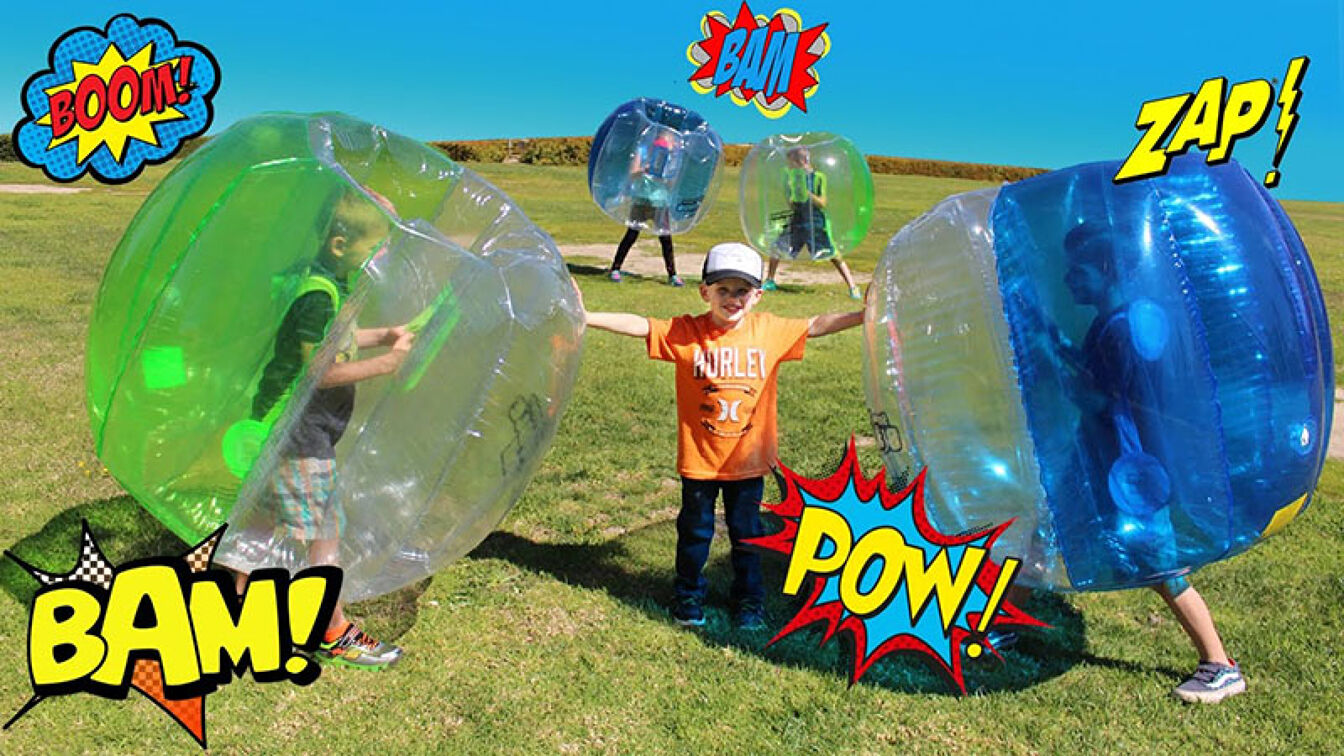 Kids' parties are most fun when the kids are around five years old, while most games will appeal to toddlers and older children, there are a few that make the party thrive. When you add a little imagination, any classic party game can be customized to fit the theme, participants, as well as age group involved. We've listed the Top 6 party games that will bring life to your kids' party, check them out.

Kids of all ages love Treasure Hunts. If the children are too young and unable to read, you can use pictures as clues. However, if the group is older and at a learning stage, make the color code clues useful by writing colors, so they have an equal chance of reading. Working as a team, the children can track down the treasure, and be rewarded for their efforts.

Let's face it bubble ball games are the most thrilling and exciting games to host in a party. These giant transparent human-sized inflated balls are also often called Orb balls or Knocker balls and one can play several games. With bubble ball, your kids can not only jump around with their friends having the time of their lives but also enjoy a ton of games with the ball, including bubble ball soccer, Protect the President, Sumo, Heads Up, and more. There are many companies that offer bubble ball rental services, where their team of professionals set up the game you would like to play and offer assistance with it.

Pass the Parcel is another old classic, which works best midway through the party, perhaps while the adults lay at the table. It is familiar, easy to understand, and keeps the attention of the littlest party guests. You might also want to incorporate some amusing forfeits, such as a sweet or a treat for every layer. Just make sure to keep a record of who has already played and whose turn it will be next.

Another oldie Goldie is Pin the Tail on the Donkey. This requires you to pin a giant target on one of your favorite characters, be it a Marvel hero or a bubbly toon from your favorite cartoon. Make sure your vision is secured with a blindfold, then aim for the target. In case you prefer the classic version, you can always play that as well.

Duck, Duck, Goose is the ideal activity if you have a tiny space because you can interpret it to pretty much any theme you want. The game is highly famous among children of age bracket 2 to 12. Just make sure all the children are assembled in a neat circle and are adhering to the rules.

Sleeping Lions might be a good idea if excitement has gotten out of control and crowd control has been more frantic than fun. Imagine your party guests becoming motionless silent slumbers as your herd of elephants transform into a herd of marauding elephants. In this game, you remain motionless while you are surrounded by adults who are walking around and possibly making jokes. Those who itch, wriggle, or giggle is out of the game. Whoever stays the longest is the winner.

James David
Related Articles
WHO TO FOLLOW
MORE FROM AUTHOR