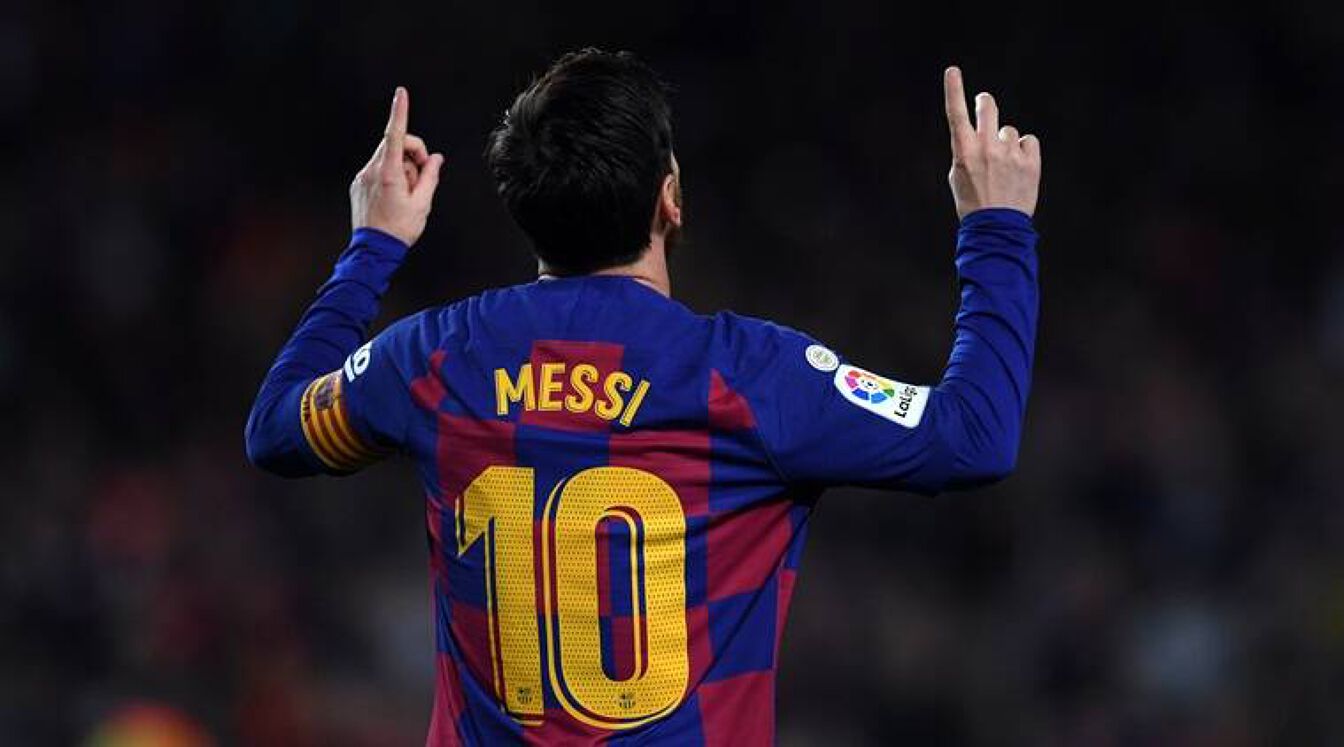 If we look at the fragility of the player, the emotion that Lionel Messi's football syntax transmits to us can turn into emotion.

And this is because it is a radical constitutive fragility, which unlike the more specific one of other champions (see Van Basten's ankle) risked inhibiting not only his career in the bud, but even his organic structure.

As a boy, in fact, Messi (by Professor Schwarstein of the Istituto San Paolo di Rosario) was diagnosed with a deficiency in the growth hormone Gh, that is, the hormone (produced by the pituitary gland at the request of the hypothalamus) which presides over the development of liver, bones, cartilages and muscles.

It will be Barcelona (after having recruited him at the age of 13) to provide the very expensive solution treatments, based on the administration of a biosynthetic hormone capable of replacing the absence of the natural one.

It is a case that recalls those of other playmakers, especially in the South American context, where - incidentally - the depressed social reality of many areas of origin of the players (primarily affected by widespread undernourishment) exposes them to the risk of their own deficit. development and various pathologies.

Think of Zico, built - in the words of his trainer Francalacci - "in successive phases", in layers, with powerful doses of hormones and vitamin compounds capable of increasing his stature and strengthening his structure (especially forearms and quadriceps).

Or to Rivaldo, afflicted by a childhood disease (again a bone disease) that attacks not only his limbs but also his jaw and teeth, altering its face and leaving a staggering and caracollante gait in its prodigious run.

But we think above all of Mandel Francisco dos Santos alias Garrincha, to whom a poliomyelitis bequeaths the shorter left leg (the one used as a pivot for the legendary fake of him) and a partial mental deficit.

Perhaps it is in him - despite the diversity of pathologies - that Messi finds his background, with the "bird with very thin legs" ("garrincha", in fact) and the "pulga" (flea) already united by the zoological lightness of the nicknames .

Even if, in absolute terms, every play of the young Argentine (serpentines in the micro-space, padded dribbling in dribbling, laser-passes to crack the defenses) causes emotion and emotion because it condenses in itself all the specimens of the species:

Lionel Messi is the smallest living soccer champion. La Pulga , the flea, is his nickname. He has the stature and body of a child. It was in fact as a child, around the age of ten, that Lionel Messi stopped growing.

The legs of the others stretched, the hands as well, the voice changed. And Leo remained small. Something was wrong and the tests confirmed it: the growth hormone was inhibited. Messi was suffering from a rare form of dwarfism.

With growth hormone , everything froze. And hiding the problem was impossible. Among the friends, in the soccer field, everyone realizes that Lionel has stopped: " I was always the smallest of all, whatever I did, wherever I went ".

They say just like this: “ Lionel has stopped “. As if he was left behind somewhere. At the age of eleven, a short one meter and forty, his Newell's Old Boys t-shirt is wide, his team in Rosario, Argentina. He dances in huge shorts, in shoes, however tight the laces, a little slipper.

He is a phenomenal player: but in the body of an eight-year-old boy, not a teenager. Precisely in the age in which, seeing a future, a talent would have to grow, primary growth, that of arms, torso and legs, stops.

For Messi it is the end of the hope he has had in himself since his very first debut on a football field, at the age of five.

He feels that with growth, every chance of becoming what he dreams of is also over. The doctors, however, realize that his deficit can be transitory, if countered in time.

The only way to try to intervene is a therapy based on the hormone "gh" : years and years of continuous bombardment that allow him to recover the centimeters necessary to cope

It is a very expensive treatment that the family cannot afford: syringes for five hundred euros each, to be done every day.

Playing football in order to grow, to grow in order to play: this becomes the only way from now on. Lionel, a way to heal that is not about his life passion, football, can't even imagine it.

But he'll only be able to afford those damned cures if a high-level club takes him under his wing and pays him for it. And Argentina is sinking into the devastating economic crisis, from which investments are fleeing first, then also the people, whose savings evaporate with the collapse of government bonds.

Grandchildren and great-grandchildren of immigrants who grew up in prosperity seek salvation by emigrating to the countries of origin of their ancestors. In that situation, no Argentine club, while sensing the talent of little Messi , is willing to bear the costs of such a bet.

gautam gupta
Related Articles
WHO TO FOLLOW
MORE FROM AUTHOR