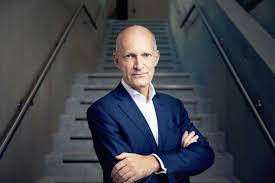 As part of the partnership with Guardian Link and StarkWare, Jump Trade brought about the world's first play to earn a Meta Cricket League. Coincidentally, it was the first time in an Asian market to introduce Zero Knowledge Rollup - a 2 Layer Zero Gas Fee marketplace that helps participants avoid paying gas fees and overrides that layer of protocol usually found on marketplaces with NFT assets. The Jump Trade NFT marketplace was a complete success on every level as their highly functional and utility-filled interface sold out in mere nine minutes, excluding the three special collections on the auction module.

About 55k pieces of the NFT assets collection were available to be traded and played with in the NFT marketplace and the Meta Cricket League game when it launches, where the randomly generative punks have experienced a highly successful trajectory since their release in the NFT marketplace with many people lining up to get their second chance at the NFT pieces. Originally, the pieces were priced at $25 a pop - which included a collection of random authenticated and signed autographed editions of cricket themed bats, players, and a variety of trump cards bundled together in one package, and a collection of five Super Loot box tokens were sold for $125, and the auction pieces were anticipated at $25. In summary, the collection consisted of about 25k in total excluding the auction pieces, and the auction pieces sold for more than 440 times their initial value. After the marketplace has been released, it has been crazy high in terms of the trading of the pieces.

Due to their unique characteristics and scarcity, the NFT collection lends itself to their tradability factor and potential heights they could reach in a trading and investment sphere within their own market. In addition, Jump Trade will introduce collectible NFTs for Chelsea fans in the near future, presented by Chelsea's UK collector, and the collection of NFT pieces will include tickets, signs, matchday programs, menus, and signed postcards/photographs spanning across the entire timeline of the club's history dating from 1905 to present.

Jesse Pinkman
Related Articles
WHO TO FOLLOW
MORE FROM AUTHOR