Pop vs. IMAP: Which One Is Right for Gmail? 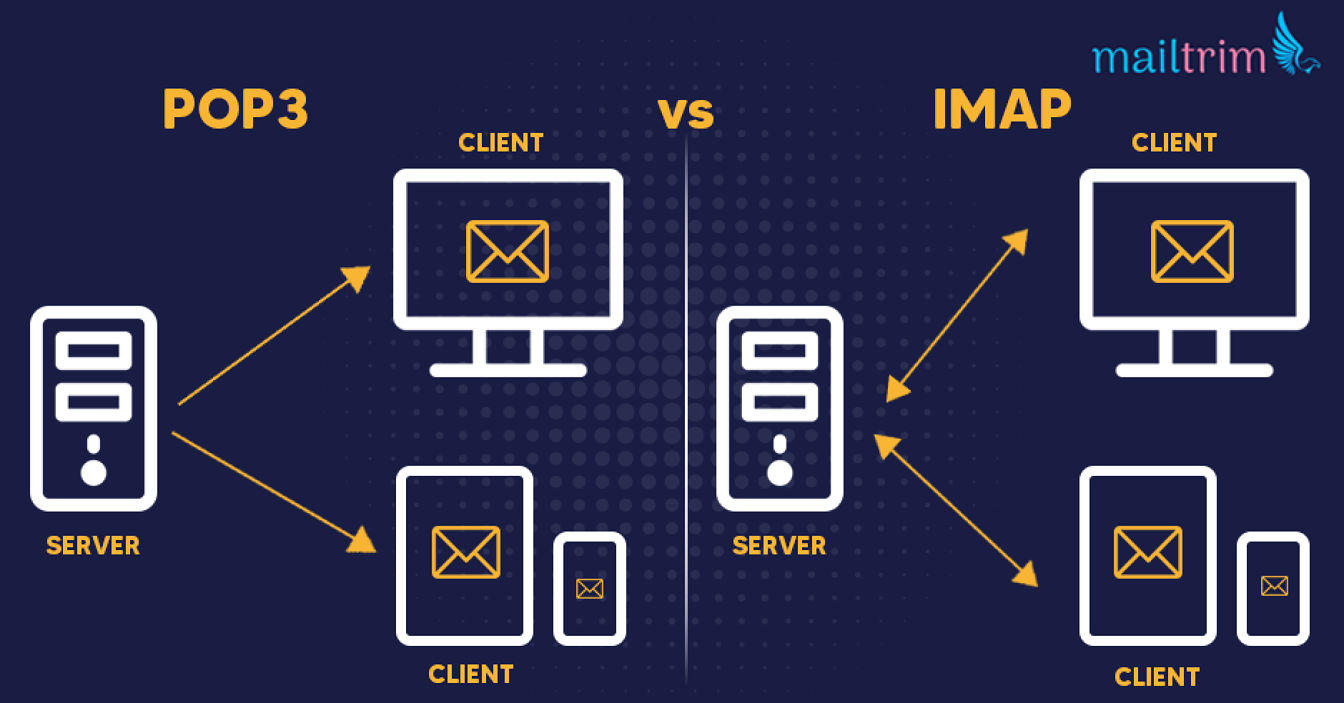 If you’re a Gmail user, you may have heard about the two different types of email servers it supports, POP and IMAP. But what are the differences between them? Which one should you use if you want to set up an email client on your computer? For help answering these questions, keep reading this guide to learn more about POP vs. IMAP and why it matters when it comes to accessing your Gmail account from multiple devices.

POP stands for Post Office Protocol and is a protocol in which email messages are downloaded from the server to your inbox on your computer, without being stored on the server; this means that any message downloaded with POP will not be accessible on any other device. If you have more than one device logged into Gmail at once, using POP may result in downloading an email twice or making it appear as if you never received it at all.

POP works through a few commands that are passed between the email client and the email server. Below, I’ll take you through each of those commands and how the whole process works.

Firstly, an email client connects to the server, authenticating through the password and username one puts into their account settings. Once logged in, the server mailbox is locked, so it becomes inaccessible from another device or computer - a The POP protocol here ensures that another connection is now allowed while, in the meantime, the current one is in use.

In simple words, the lock prevents two different computers from accessing mailboxes at the same time.

Next, POP examines the streams of messages that the server offers and identifies those that are new. POP can only analyze the contents of your inbox folder messages.

Once a new message list is established, the email client proceeds with the download one message at a time.

At the end of the session, based on the option set by the user, messages are set to be deleted from the server after a few days.

Imap and pop are two different ways of accessing Gmail. Both can be used on desktop, laptop, and mobile devices, but POP will only work on one device at a time whereas IMAP can be accessed from multiple devices simultaneously. Pop uses an email client to download messages from the Gmail server and store them locally on the device. This means that once you stop using your email client, all emails will disappear from your device and will have to be downloaded again if you want to access them later.

Firstly, an email client connects to a server and authenticates through login credentials, and a connection is thus established between the mail server and the client.

At this point, the email client chooses the folder that it wishes to access (these folders could be Inbox, Trash, Junk, Outbox, or any other folder available on the server).

Now, messages are fetched from selected folders and cached on the device (for example, the list of new emails is added with the headers, pre-headers, and more).

Next, all user-initiated actions are performed, whether they be marked as read, archived, deleted, or sent. So, if you delete a message, the deletion happens instantly, and the change is synchronized with each device at the same time.

Difference between POP3 vs IMAP:

Now that you know how each of these systems works, let’s do a quick review of the major differences between POP3 and IMAP:

We can infer from the explanation above that POP3 and IMAP are the most widely used email protocols globally. Message-accessing agents, such as POP3 and IMAP, are frequently used to retrieve messages from a mail server and deliver them to receiver systems. Both protocols aid in configuring filters for spam and viruses.