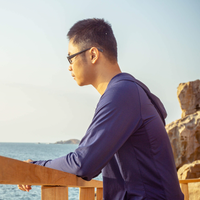 Ukraine stands out as a preferred offshore software development provider due to its education system that churns out over 36,000 I.T specialists annually. It is no wonder Ukraine is a hub for technological start- ups. With a vast pool of I.T specialists (over 90,000 of them) it’s up to you to choose your preferred partners in software development depending on the skill- set required. They offer rates that are favorable ($25-$40 per hour depending on the city) compared to their U.S and Canadian counterparts($100) and their time zone is the same as most western European countries, opposite to that of the U.S hence tasks assigned in the evening here are worked on from morning in Ukraine.

Vietnam has the technical labor force, low wages and a better English language proficiency skill tools to earn a place in the rating of offshore software development rates by country. California consultancy firm NeoIT ranked Ho Chi Minh City of Vietnam as the top non- Indian city with potential for outsourcing in 2006 due to the infrastructure and the labor pool. The rates per hour start from $20 to $30 for top quality engineers. Vietnam is a new emerging market and an investment in the country is worthwhile with a 30% to 40% less expenses than China.

The Philippines has been top ranking as the destination for offshore software outsourcing because they have a pool of young specialists, a hospitable environment and proficiency of the English language. It is a country where you get real value for your money. It has the infrastructure, good government support and political stability and cultural compatibility with the U.S. Furthermore, Metro Manila is no. 2 in the 2015 Top 100 Outsourcing Destinations list by Tholons earning the country an enviable spot in the rating of offshore software development rates by country.

This Asian country rides on its high population to provide inexpensive software development services of $18 and $40 per hour. This low cost however, comes at an expense of lower levels of skilled manpower.

China boasts an experienced manpower and low operating costs that favor software testing. They offer services at a price ranging from $15 to $40 per hour. The main shortcoming in China is the language barrier.

With working rates close to that of their Eastern European counterparts Ukraine ($25-$40), Russia and Belarus have competent education systems, the required infrastructure and a working cultural integration that seamlessly earn them a place in the rating of offshore software development rates by country.

Brazil and most Latin- American countries like Chile, Argentina and Mexico are building themselves in the rating of offshore software development preferences by country. Offering hourly rates of $30- $50, these countries boast similar time zones with the U.S although they offer moderate skills and have stringent labor laws especially in Brazil. Language may also be an issue.

Prior to the recent infrastructural devastation of hurricane Maria, Puerto Rico was the preferred offshore software development destination especially for U.S governmental departments due to similar structural framework.