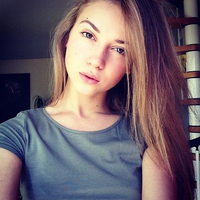 A Republican congressman Adam Kinzinger said President Trump and his allies’ attempts to overturn November’s presidential election results are an utter scam designed to raise money and gain followers. However, President-elect Joe Biden was declared the winner of the presidential election. He has repeatedly claimed there was widespread voter fraud and has still not conceded. Trump and his team have had more than 50 legal challenges dismissed over the last month. But, he and his allies are still attempting to overturn last month’s election results. President Trump reiterated his claims and said, “The Justice Department and the FBI have done nothing about the 2020 Presidential Election Voter Fraud, the biggest SCAM in our nation’s history, in spite of overwhelming evidence”.

President Trump added, “They should be ashamed. History will remember. Never give up. See everyone in DC on January 6th”. Point to be noted that Kinzinger, from Illinois, said, “My God. Trying to burn the place down on the way out because you can’t handle losing. No evidence, nothing but your temper tantrum and crazy conspiracies. Embarrassing. #RestoreOurGOP”. He added, “All this talk about Jan 6th from @realDonaldTrump and other congressional grifters is simply explained: they will raise money and gain followers by blaming everyone else knowing full well they can’t do anything. It’s sad, and an utter scam. #restoreourgop”. The US Congress will meet to count the Electoral College votes on 6th January to confirm Joe Biden as the next US president.

Kinzinger appeared to be referencing reports from The New York Times earlier this month and said President Trump had raised around $170 million since 3rd November to help him overturn the election result. A majority of the funds were secured in the week after the election. Trump and his campaign team have repeatedly sent out emails asking for donations for an Election Defense Fund. The campaign has claimed the donations are for the defense fund. The money has also been spent helping Save America. Money raised by the committee is able to be used for personal expenses. Kinzinger’s criticisms of Trump also came during reports that Alabama representative Mo Brooks and incoming senator Tommy Tuberville will challenge the Electoral College votes in January.