Prince Philip died at 99: Important facts about him that you must know 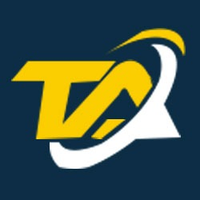 Prince Philip, The Duke of Edinburgh and companion of Queen Elizabeth 2 passed away on April 9 at the age of 99. The longest-serving consort in British, Prince Philip took his last breath in Windsor Castle. His Royal Highness  was undergoing treatment for an infection in the hospital of London and was discharged three weeks ago.

The Royal Family announced his demise from Buckingham Palace via a statement, “It is with deep sorrow that her Majesty The Queen announces the death of her beloved husband, His Royal Highness The Duke of Edinburgh Prince Philip.” the statement further added, “ His Royal Highness passed away peacefully this morning at Windsor Castle. Further announcements will be done in due course. The Royal Family join with people around the world in mourning his loss”, reported by CNN world.

rajesh kumar
Related Articles
WHO TO FOLLOW
MORE FROM AUTHOR