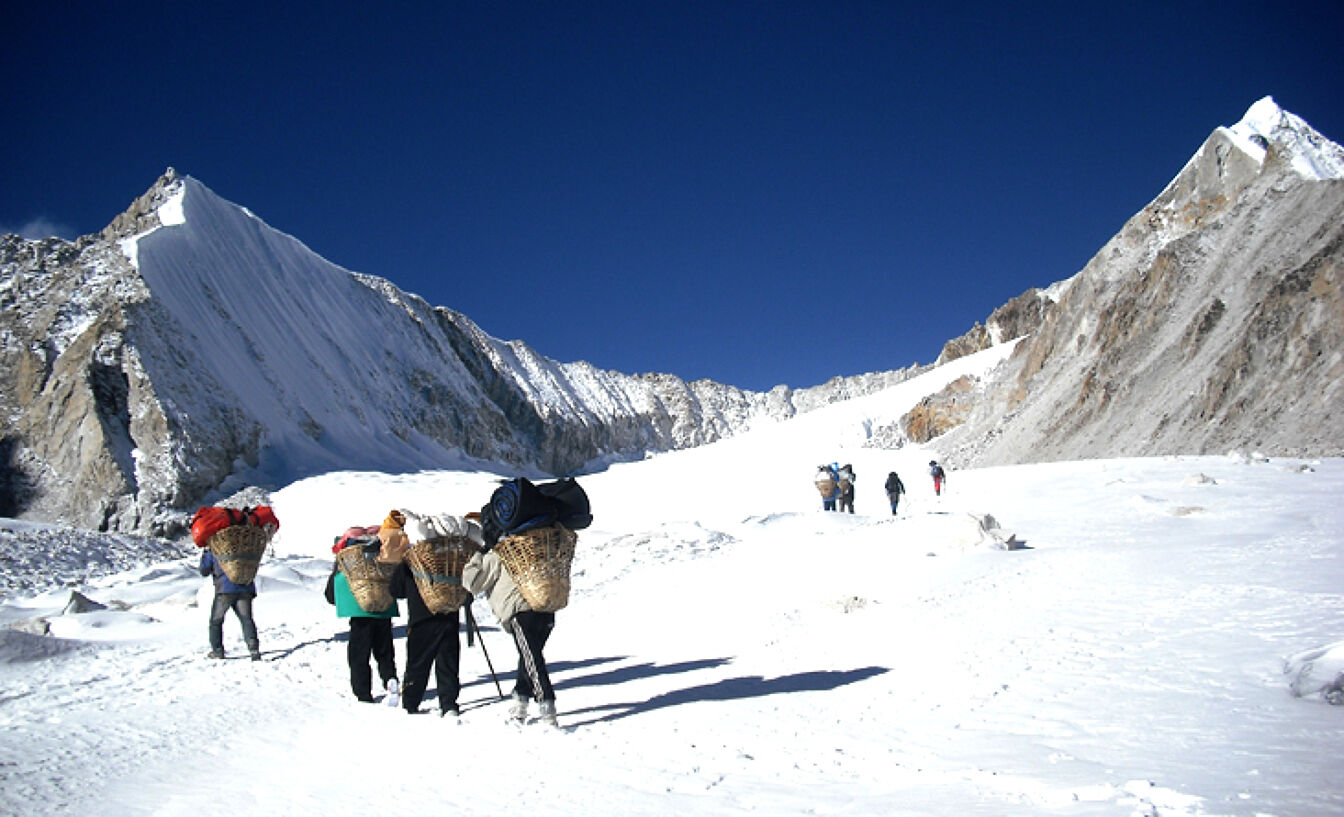 Kanchenjunga trekking and Makalu Trekking areas offer an authentic trail experience without the crowds of foreigners present on the main trekking routes of Everest, Annapurna, and Langtang.

Kanchenjunga and Makalu Treks Have 5 Best Things To Offer:

it offers pristine trails that are free of crowds, so you won't have to share them with anyone! Teahouses and villages that are truly delighted to be able to meet you are very friendly! In my opinion, this is some of the best mountain scenery in the world! There are charming mountain Baruntse expeditions which are very famous climbing mountains above the 7000 m mountain. There is a good chance that you will spot wildlife, such as red pandas and snow leopards. It's sure to be a memorable trip for you and your friends as you go home with stories about places you have only ever dreamed of!

Route options for the Kanchenjunga trek

A lush rhododendron forest, dramatic mountain vistas, lively communities that abound with folklore, and the third highest peak in the world, Mt Kanchenjunga mountain which is a harder-to-climb mountain. all combine to make some of the best trekking in the world available. In the far-eastern part of Nepal, near the border with Sikkim, Kanchenjunga Conservation Area (KCA) is one of the first parts of the Himalayas to be explored in the 19th century, yet it remains largely unexplored by tourists outside the months of October and November. I would like to draw your attention to the fact that there are three distinct trekking regions on the Nepalese side of the Kanchenjunga massif:

Kanchenjunga Base Camp from the north face.

Below Yalung's horseshoe-shaped south-west face and ridges are remote valleys.

Through Taplejung, there are Pahar trails that run north-south and east-west.

A maze of ridges and peaks separates communities along the higher trails from the lower valleys. It is a little longer to trek in this region than it is to trek in the most popular areas, but you will get to explore one of the wilder corners of the Himalayas.

Trekking to Kanchenjunga Base Camp

Kanchenjunga is one of the most accessible mountains in the world

Permits and Accommodations on Kanchenjunga

It is the first region in Nepal that is being managed by local communities, and this has proven very effective along the main trail. However, it is still not fully effective in the remoter valleys yet. The Kanchenjunga and Makalu regions are still in their infancy when it comes to trekking, and even though most of the communities have teahouses, it is a good idea to tread lightly and encourage sustainable practices wherever you can.

At the time of writing, the trekking permit fee for the Taplejung District (Kanchenjunga Region) and Sankhuwasabha District is US$10 per week per person for the first four weeks and US$20 per week thereafter. As well as the Kanchenjunga National Park entry fee of NRs 2000 per person (foreigners), NRs 500 per person (SAARC nationals) and NRs 100 per person (Nepalis).

Makalu region, which borders Kanchenjunga, is known for its wildness and height, and for having some of the most dramatic mountain scenery in the Himalayas. Often referred to as the Yosemite of Nepal, this region offers unbridled wilderness for exploration. Sandwiched between Kanchenjunga trekking and the Everest Base camp trekking, the massive Makalu-Barun National Park and Buffer Zone rarely see more than a few hundred trekkers each season.

There are dozens of peaks surrounding the Honku Khola and Honku Basin in the west of the National Park, including Mera Peak (6461m) and the infamous Amphu Labsta pass. Mt Makalu (8468m) lies north of Tibet and is reached via the Barun Nadi, which flows east to the Arun Nadi in Lhomi villages. The southern Buffer Zone is populated by a mix of Sherpa and Rai communities; the centre of the park is home to many endangered species, including snow leopards and red pandas.

How to get to Makalu

Most trekkers begin their journey from Tumlingtar, a sprawling Rai settlement, before driving along a ridge-top dirt road to Num (via Khadbari) and crossing the Arun Nadi. The next few days are challenging as you climb up and over the Khongma Danda, but the views and the cloud forest adorned with orchids make an effort worthwhile. Reach Makalu Base Camp is the same base camp the expeditions team also use when the expeditions lead to climbing to Makalu Himal.

This chapter describes one of the highest and most challenging trekking routes in the world, from above Makalu Base Camp and across some alpine passes the Sherpani Col (6180m), the West Col (6190m) and Amphu Labsta (5845m) to the Solu-Khumbu (Everest region).

For those who prefer not to climb high-altitude passes, there are several trails from Tumlingtar and Khadbari that connect to Chyamtang, Lukla and Taplejung. There are several trekking options in the Makalu-Barun Buffer Zone, including culturally-based village-to-village homestays as well as more remote wilderness routes, almost certainly without encountering other trekkers!

Accommodations and permits for Makalu

Due to recent teahouse construction, the trail to Makalu Base Camp has ready-made stops for each day and night. The accommodation and food are basic and somewhat expensive in Nepal, but you will not have to carry tents and cooking equipment during the main trekking season.

Makalu-Barun is the second largest among Nepal's National Parks and Buffer Zones. Herders in the region are allowed to graze their animals, as well as take part in conservation projects that benefit the environment.

Himal Ghale
Related Articles
WHO TO FOLLOW
MORE FROM AUTHOR